3 Days in Madrid (and Toledo)

Our first day of field studies started at 6AM. Even though we just sat/slept on the bus for the next 7 hours, it was still way too early. With a quick stop in Zaragoza for some lunch at a truck stop, we made it to our hostal in Madrid around 2PM. Our room here was absolutely tiny. We had our own bathroom, which totaled about 2.5 square feet, but our room was so small that with the two twins beds in it, there was only about 1 foot between the end of the bed and the wall on the other side of the room. It was so small I couldn’t even take a picture of it. Our window looked out over a vibrant side street, which was nice until around 3:30AM when the club next door let out and then it was super noisy. And we had to keep the window open all night because there was no A/C and it was about 35C.

So in the afternoon, we did a walking/sketching tour of some of the main public spaces in the old city – Puerto de Sol, Plaza Mayor…etc. The next morning we got up and visited the Atoche Train Station on our way to the Reina Sofia. The Reina Sofia is a huge art gallery that has had a recent addition designed by Jean Nouvel. We spent some time wandering through the exhibitions, but mostly that was just passing time for the two main attractions. The first was Picasso’s Guernica canvas. It was unbelievable. I had seen pictures in books and online of it, but I wasn’t prepared for the size (I’m guessing 4 meters tall by 8 meters wide) , which made it even more impressive. It is really amazing. The second attraction was Nouvel’s new addition. It has a roofed exterior courtyard that is about 7 stories tall. The roof floats on small columns and almost feels like a giant spaceship is landing on the building. 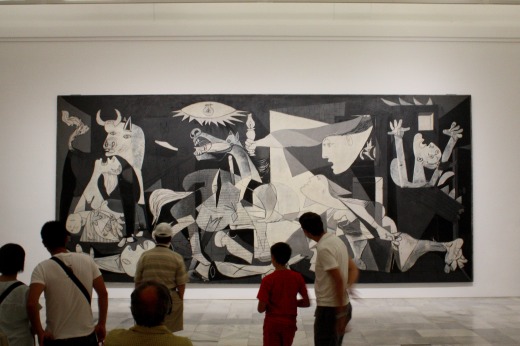 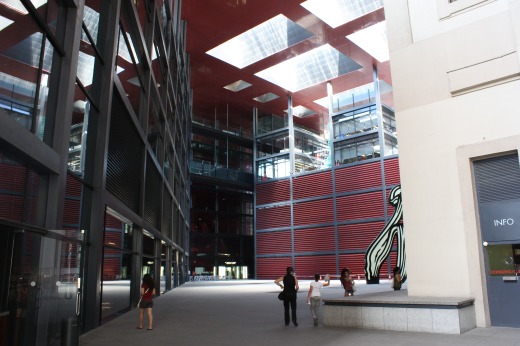 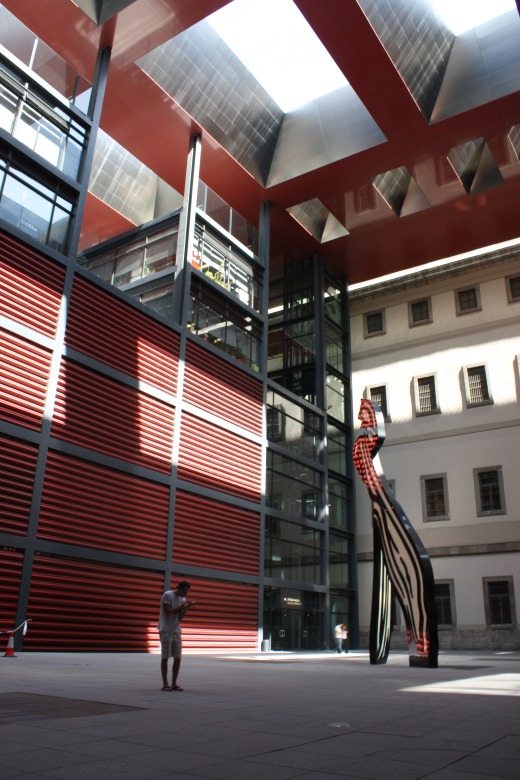 The next day we took a day trip to Toledo. Toledo is one of the best preserved medieval strongholds in Spain. It was built up on a giant rock and is surrounded by a river on 3 sides, so all of the modern expansion is removed from the old town. The religious tolerance prominent in Toledo’s past is very apparent in the architecture, which draws influence from the Moors, Jews, and Christians. The main church here is humongous and very much worth the entry fee.

On our way out of Madrid, we stopped by the Barajas Airport, Terminal 4. Terminal 4 just recently opened, and was designed by Richard Rogers. Its undulating roof structure is a pretty crazy feat, the way it floats over the entire terminal. Because of the amount of glass used in the project, the structure is almost completely exposed, making it a very interesting building to explore. 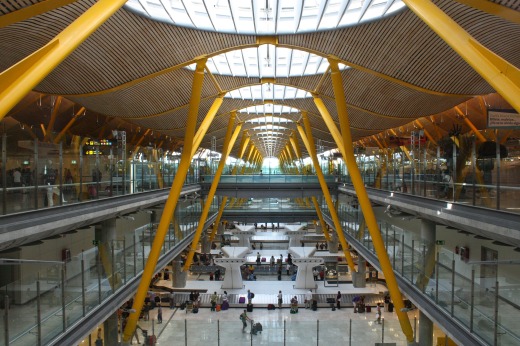 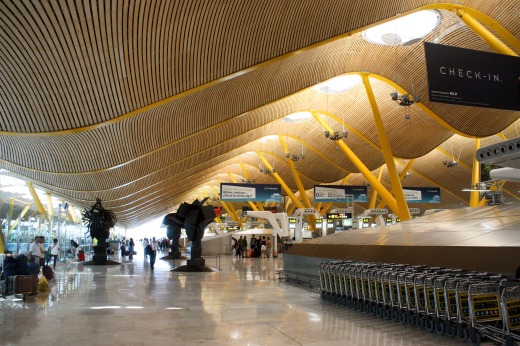 Madrid overall was a great place. Despite it being very hot, we packed in a lot of visits during the day and enjoyed ourselves in the evenings. And it is true, people really eat dinner at 12AM and then don’t sleep until the sun comes up. Slightly different lifestyle to ours…